Ishmail is selected as a 2021 Sloan Research Fellow. 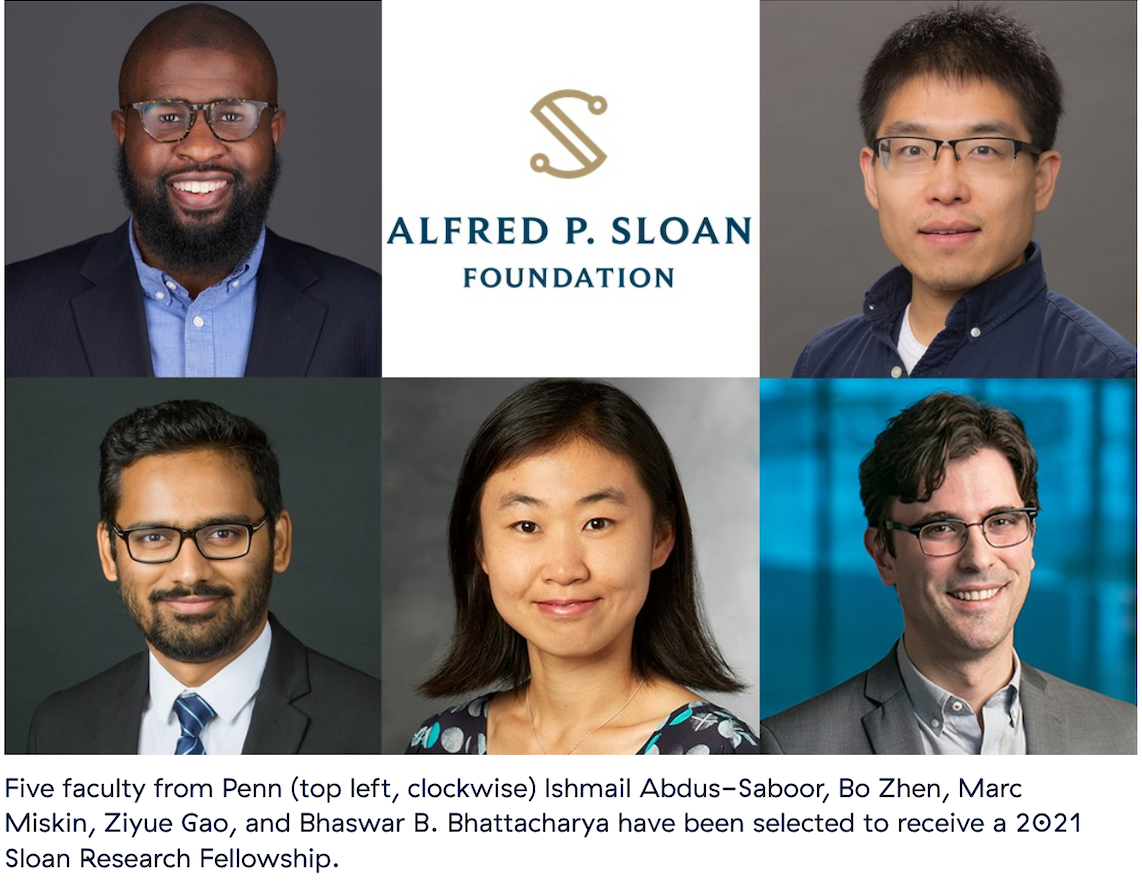 FEBRUARY 16, 2021
The Alfred P. Sloan Foundation today announces the names of the 128 early career researchers who have been selected to receive a 2021 Sloan Research Fellowship. Awarded annually since 1955, the fellowships honor extraordinary U.S. and Canadian researchers whose creativity, innovation, and research accomplishments make them stand out as the next generation of scientific leaders. A Sloan Research Fellowship is one of the most prestigious awards available to young researchers, in part because so many past Fellows have gone on to become towering figures in the history of science. Renowned physicists Richard Feynman and Murray Gell–Mann were Sloan Research Fellows, as was mathematician John Nash, one of the fathers of modern game theory. For the past three years, the recipients of the Nobel Prize in Physics have included former Fellows—Andrea Ghez (2020), James Peebles (2019), and Donna Strickland (2018). In fact, 51 Fellows have received a Nobel Prize in their respective field, 17 have won the Fields Medal in mathematics, 69 have received the National Medal of Science, and 20 have won the John Bates Clark Medal in economics, including every winner since 2007.

Ishmail is selected as a 2020 Rita Allen Foundation Scholar in Pain.

SEPTEMBER 4, 2020
Four pioneering early-career scientists will receive support to uncover the biology of pain. The Rita Allen Foundation has named the 2020 class of Award in Pain Scholars, celebrating four early-career leaders in the biomedical sciences whose research holds exceptional promise for revealing new pathways to understand and treat chronic pain.